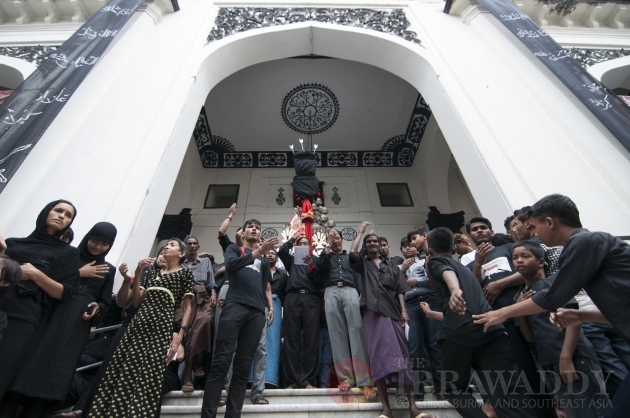 The Azadari Mourning of Shia Muslim was held at Mago Mosque on 30th Street on Nov.4, 2014 in Pabedan Township in Rangoon. The mourning marks the anniversary of the Battle of Karbala when Imam Hussein ibn Ali, the grandson of Muhammad, and a Shia Imam, was killed by the forces of the second Umayyad caliph Yazid I at Karbala in Iraq. Many Shia Muslim in Rangoon attended the mourning which is held worldwide annually in the first month of Islam Year. (Photo: Sai Zaw/The Irrawaddy)