Four student activists and a supporter 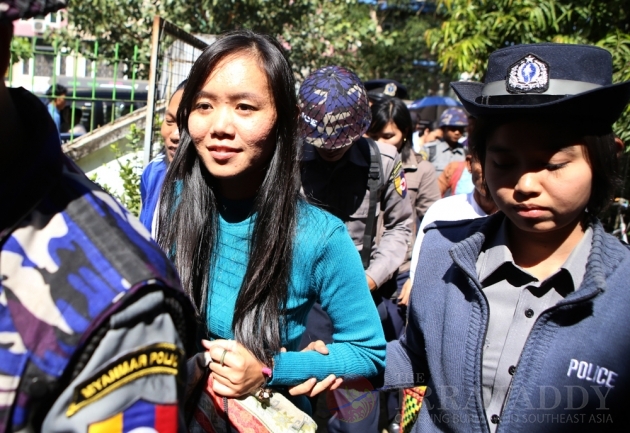 Four student activists and a supporter who staged a protest in Rangoon against police crackdown on student protestors who took to the streets against National Education Law in Letpadan last March come to trial at Kamayut Township Court in Rangoon on Jan. 28. Photo: Myo Min Soe/The Irrawaddy