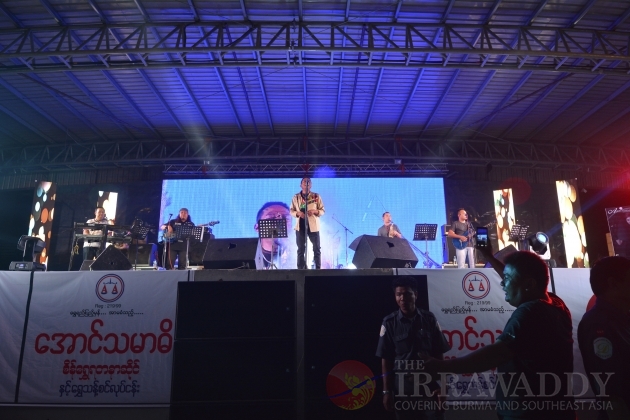 Mun Aung, a well-known exiled Kachin singer, held his first concert entitled “Night of Pollination” at Mandalay’s Diamond Plaza in Mandalay on March 3. The concert was a success as he sang for the first time for his fans in more than 25 years. (Photo: Tayza Hlaing/The Irrawaddy)